Seminar/Workshop on Creative Use of Scriptures in Catechism

9 August 2009 – San Fabian. The Catechetical Apostolate of the Parish of St. Fabian, Pope and Martyr, received a much needed  skill and training with the holding of a seminar/workshop on the various ways and methods of bringing the doctrine more 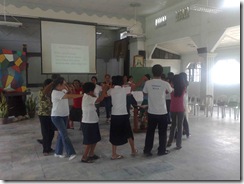 interesting to the grade school children. The seminar/workshop is called “The Creative Use of Sacred Scripture in Catechism”. This is the second time that the seminar/workshop was given to the parish catechists. The first time was held last 28 June 2008.

Sis. Silvana M. de Vera facilitated the one-day seminar/workshop. She is a parishioner of St.Thomas Aquinas Parish, Mangaldan, Pangasinan. She is currently a member of the Biblical Apostolate of the Archdiocese, and has received several trainings and seminars on the various ways and means of bringing the Good News more effectively. She has also received extensive training on Bibliodrama.

The seminar/workshop is based on the 9 types of intelligences of man.

This area has to do with words, spoken or written. People with 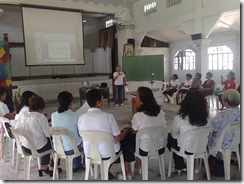 high verbal-linguistic intelligence display a facility with words and languages. They are typically good at reading, writing, telling stories and memorizing words along with dates. They tend to learn best by reading, taking notes, listening to lectures, and discussion and debate. They are also frequently skilled at explaining, teaching and oration or persuasive speaking. Those with verbal-linguistic intelligence learn foreign languages very easily as they have high verbal memory and recall, and an ability to understand and manipulate syntax and structure.

This area has to do with logic, abstractions, reasoning, and numbers. While it is often assumed that those with this intelligence naturally excel in mathematics, chess, computer programming and other logical or numerical activities, a more accurate definition places emphasis on traditional mathematical ability and more reasoning capabilities, abstract patterns of recognition, scientific thinking and investigation, and the ability to perform complex calculations. It correlates strongly with traditional concepts of "intelligence" or IQ.

This area has to do with vision and spatial judgment. People  with strong visual-spatial intelligence are typically very good at visualizing and mentally manipulating objects. Those with strong spatial 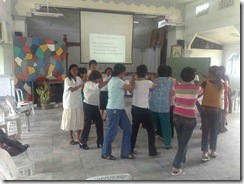 intelligence are often proficient at solving puzzles. They have a strong visual memory and are often artistically inclined. Those with visual-spatial intelligence also generally have a very good sense of direction and may also have very good hand-eye coordination.

This area has to do with rhythm, music, and hearing. Those who have a high level of musical-rhythmic intelligence display greater sensitivity to sounds, rhythms, tones, and music. They normally have good pitch and may even have absolute pitch, and are able to sing, play musical instruments, and compose music. Since there is a strong auditory component to this intelligence, those who are strongest in it may learn best via lecture. In addition, they will often use songs or rhythms to learn and memorize information, and may work best with music playing in the background.

This area has to do with bodily movement and psychology. In theory, people who have Bodily-kinesthetic intelligence should learn better by involving muscular movement, i.e. getting up and moving around into the learning experience, and are generally good at physical activities such as sports or dance. They may enjoy acting or performing, and in general they are good at building and making things. They often learn best by doing something physically, rather than reading or hearing about it. Those with strong bodily-kinesthetic intelligence seem to use what might be termed muscle memory - they remember things through their body such as verbal memory or images.

This area has to do with interaction with others. In theory, people who have a high interpersonal intelligence tend to be extroverts, characterized by their sensitivity to others' moods, feelings, temperaments and motivations, and their ability to cooperate in order to work as part of a group. They communicate effectively and empathize easily with others, and may be either leaders or followers. They typically learn best by working with others and often enjoy discussion and debate. 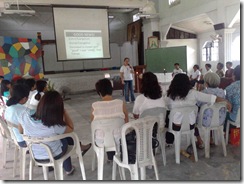 This area has to do with introspective and self-reflective capacities. Those who are strongest in this intelligence are typically introverts and prefer to work alone. They are usually highly self-aware and capable of understanding their own emotions, goals and motivations. They often have an affinity for thought-based pursuits such as philosophy. They learn best when allowed to concentrate on the subject by themselves. There is often a high level of perfectionism associated with this intelligence.

This area has to do with nature, nurturing and relating information to one's natural surroundings. Those with it are said to have greater sensitivity to nature and their place within it, the ability to nurture and grow things, and greater ease in caring for, taming and interacting with animals. They may also be able to discern changes in weather or similar fluctuations in their natural surroundings. Recognizing and classifying things are at the core of a naturalist. They must connect a new experience with prior knowledge to truly learn something new.

Sensitivity and capacity to tackle deep questions about human existence, such as the meaning of life, why do we die, and how did we get here.