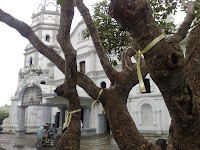 The Parish of St. Fabian, Pope and Martyr, joins the Filipino people in praying for the eternal repose of the soul of Corazon “Cory” Cojuangco Aquino, former President of the Philippines (1986-1992), an icon of Philippine Democracy. 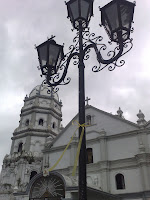 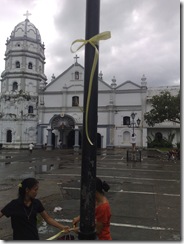 Yellow was the color used by Cory in her fight against the dictatorship which began 26 years ago when Ninoy Aquino, her husband, was assassinated in 1983. Yellow has since then become a symbol of protest against any form of abuse and unbridled power, including the fight against corruption and the fight for moral transformation in our society. It is now a symbol of what we hope to achieve for in our beloved country!