26 February 2013 – San Fabian, Pangasinan. One hundred verses were given to the parishioners of the Parish of St. Fabian, Pope and Martyr, to write by hand during the holding of the “Handwritten Unity Bible” project last 24 February 2013, Sunday at the Parish Center. 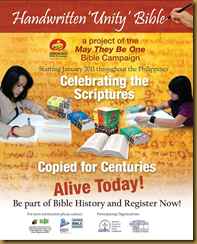 The handwritten Bible has been conceptualized to unite Filipinos in a “Bayanihan” effort with other Christian groups toward national transformation through God’s Word. The Biblical Apostolate of the Archdiocese of Lingayen-Dagupan is spearheading the project in the whole archdiocese. It has been held in the Parishes of St. John the Evangelist, Dagupan City, Our Lady of the Most Holy Rosary, Manaoag, Pangasinan, as well as at the Bureau of Jail Management and Penology in Bonuan Gueset, Dagupan City.

The Hand Written Unity Bible (HUB)  will need around 35,000 individuals to write each verse of the Bible in English and the same number for the Pangasinan language.

The 35,656 verses from 78 books of the bible will be written by hand by representatives from various sectors such as the Church, urb 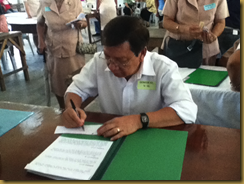 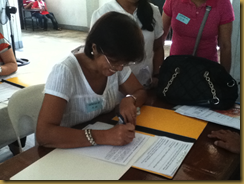 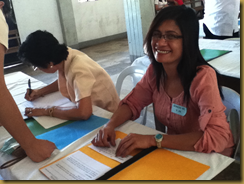 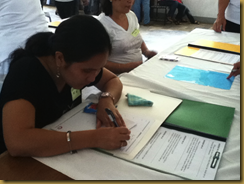 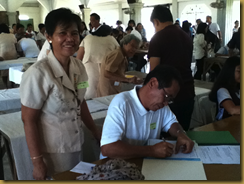 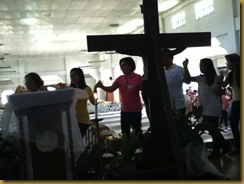