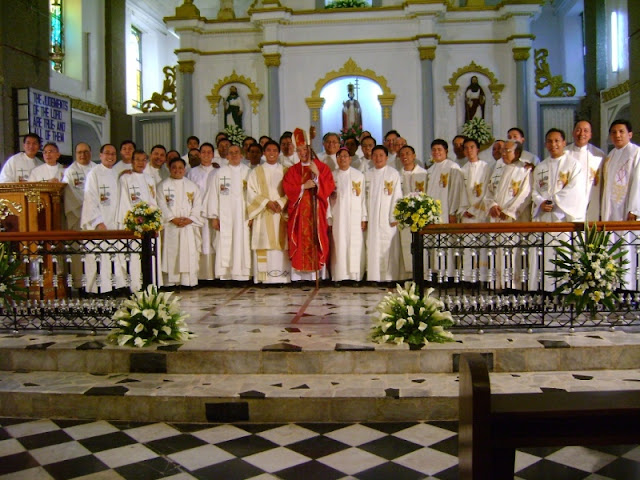 San Fabian – 30 November 2009. In a solemn liturgical rite, Bro. Estephen Mark Espinoza was ordained to the Sacred Order of Deacons by the laying on of hands by the Most Rev. Socrates B. Villegas, DD, the Archbishop of Lingayen-Dagupan last 30 November, Feast of St. Andrew, the Apostle.

A deacon is ordained to become a servant in the Lord’s Church, the closest co-worker of the bishop and the priests in a diocese. He serves the community by assisting in the celebration of the Eucharist. A deacon also serves by proclaiming the Gospel and through works of charity for the people of God.

Parishioners of St. Fabian as well as parishioners from the home parish of Rev. Estephen joined him and his family on this g 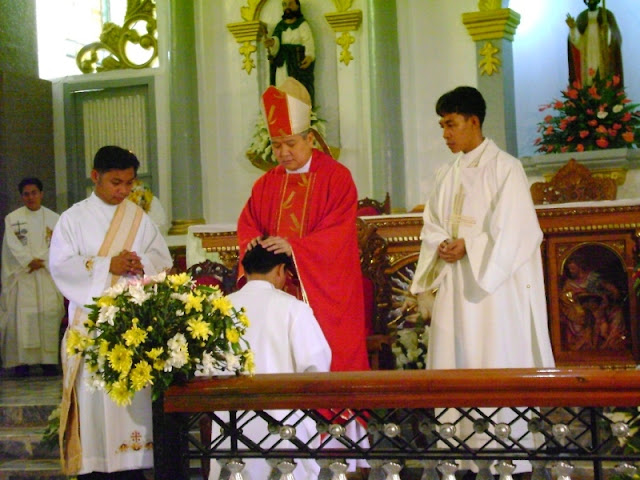 The celebration began at 3:00 PM with a procession led by His Excellency Socrates B. Villegas, the Archbishop of Lingayen-Dagupan, and the Most Rev. Renato P. Mayugba, DD, the Auxiliary, together with clergy of the Archdiocese. 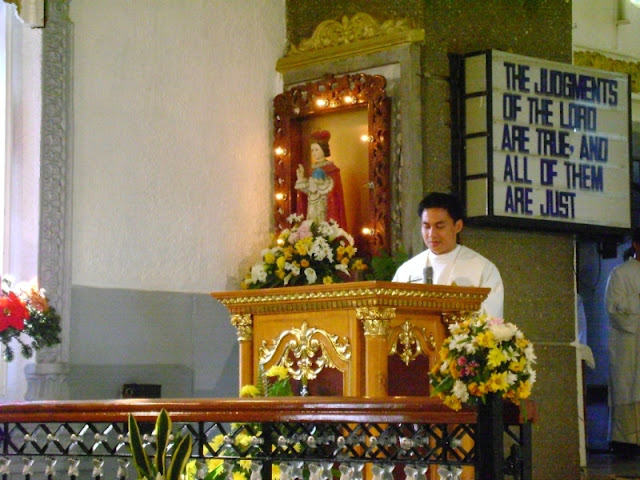 School of Theology where the new deacon graduated, presented him to the Archbishop, as he testified to his worthiness of being ordained to the diaconate upon the recommendation of those concerned with his training at the seminary.

Celibacy and the Examination

The Commitment to Celibacy was given by the ordinandus for the sake of the kingdom in the service of God and man. The ordinandus was also examined by the Archbishop on the following: his willingness to be ordained for the Church’s ministry, his resolution to discharge the office of deacon with humility and love, to hold the mystery of the faith with a clear conscience and to proclaim the same faith in word and action as taught by the Gospel and the Church’s tradition. Finally, he was asked on his resolution to maintain and deepen a spirit of prayer appropriate on his way of life, to celebrate faithfully the liturgy of the hours.

Before he was ordained, Bro. Estephen promised respect and obedience to Archbishop Socrates B. Villegas and to his successors.

Bro. Estephen, just before the laying on of hands, prostrated himself at the 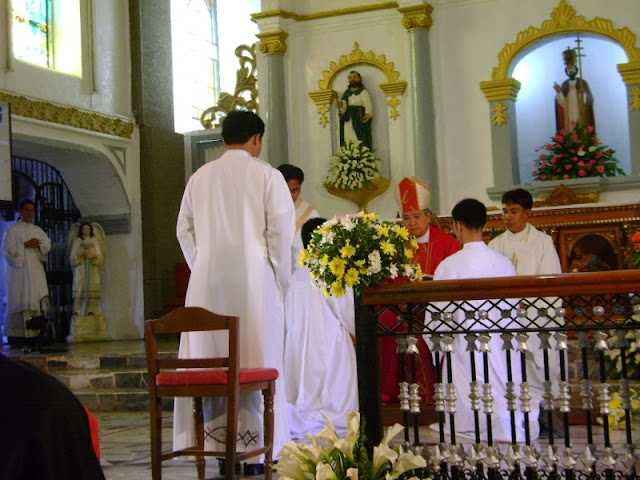 sanctuary. This act of prostration was a manifestation of his humility. Because he is weak and sinful, the church needs the assistance of the saints so that God will accept the ordinandus into His service and give him the graces necessary as Bro. Estephen offers his life to the service of the Church.

While prostrated, the litany of the saint was sung by the choir.

The central part of the ordination rite is the imposition of hands of the Archbishop over the head of Bro. Estephen. This gesture is an eminent tradition in the Church since the time of the Apostles signifying election by God. This was done in silence. The prayer of consecration followed.

The stole and the Book of the Gospels

After the prayer of consecration, the Rev. Estephen was invested with the deacon’s stole and the dalmatics, the official vestment of a deacon. Fr. Francis C. Posadas, the Team Moderator of the Epiphany of our Lord Parish, Lingayen, Pangasinan and the parents of Rev. Estephen, Atty. and Mrs. Marcelo Espinoza, assisted the newly ordained deacon in the investiture of the stole and the dalmatics.

Rev. Estephen was then presented with the Book of the Gospels by the Archbishop with these words: “Receive the Gospel of Christ, whose herald you now are. Believe what you read, preach what you believe and practice what you teach”.\ 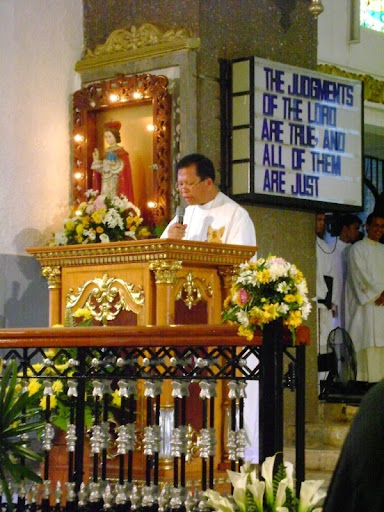 Msgr. Rafael S. Magno, Jr., the Chancellor of the Archdiocese of Lingayen-Dagupan, read the Mandate of the Archbishop regarding the assignment of Rev. Estephen. He was assigned as the resident deacon of the Parish of St. Fabian, Pope and Martyr.