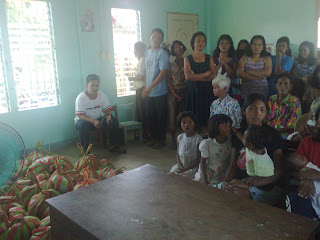 San Fabian - 25 January 2009. Sixty families from Brgy. Longos Parac-parac received a package each containing three kilos of rice, some noodles and other household items good for a few days consumption. The packages were collected from the donations given by the parishioners last month during the Christmas season as part of a Social Action program of the parish. These were distributed after the Barangay Mass. Fr. Oliver E. Mendoza, the Parish Priest, celebrated the mass. He reminded them of the dictum "God helps those who help themselves" especially in these difficult times. 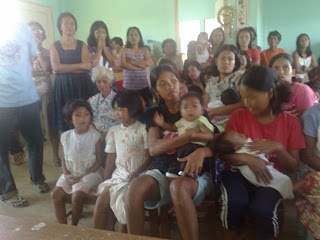 Bro. Tony Supremido, the Parish BEC Coordinator and the Parish Social Action coordinator, spoke to the families. He told them that the package will only last for a day or two. He urged them to work instead and not to always rely on what other people will give them. "Even planting vegetables in a small plot at the back of your house will surely help you in these hard times," he further said.
Bro. Norvel Soriano, the Barangay coordinator, reiterated what Bro. Tony told the group. He added that "we should not always be at the receiving end." He hopes that "the barangay residents will also help and give to others." On behalf of his co-barangays, he thanked the generous donors of the parish who gave so much for them. 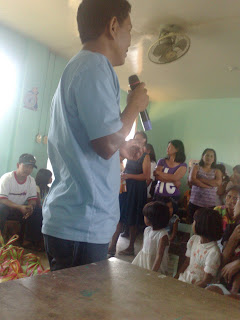 Bro. Norvel Soriano, the coordinator, giving a talk to the residents. 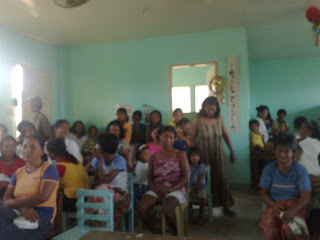 The residents of Barangay Longos Parac-parac at the Day Care Center.